Welcome to the latest SAFE newsletter with our roundup of news from June 2019. As temperatures here in the UK soar and as people's thoughts turn towards the summer break, we are very pleased that, from the feedback received, the SAFE annual conference was a resounding success, with a wealth of engaging speakers delivering diverse, highly relevant keynote speeches. The SAFE management team would like to extend a big thank you to all those that attended and supported the event.

This month's highlights include a briefing paper on the latest Keeping Children Safe in Education 2019 effective from 2nd September.  We are also pleased to announce a new set of course dates for public face to face training.

A round up of safeguarding news for June 2019

Volunteers' Week June 1st until June 7th 2019 was a chance to celebrate and say thank you for the fantastic contribution millions of volunteers make across the UK. and

Carers Week was held 10th - 16th June 2019 to help come together to help carers get connected.

As part of this week the Open University has launched The Carers Scholarships Fund, which will provide 50 UK-based carers with a full fee-waiver scholarship of up to £18,000 to study an OU course of their choice. To ensure young adult carers are encouraged to apply, 15 places have been reserved for those between the ages of 18-28.

Legislation to place age restrictions on online pornography was due to come into effect on July 15th but will now be delayed after an administrative error.

The Government introduced the legislation with the intention of applying the same protections and limits of online pornography as exist offline. While most agree that children should be protected from adult content online, concerns have been raised that the legislation in its current format might not be fit for purpose.

It has been suggested that the verification process might leave personal information vulnerable, and the structure of the restrictions could limit people's online experience of non-pornographic content while not comprehensively restricting pornography. The delay could be up to 6 months.

The Disclosure (Scotland) Bill will make the Protecting Vulnerable Groups (PVG) scheme mandatory for anyone working with children and vulnerable people, such as sports coaches.

It will end lifetime membership of the PVG scheme, replacing it with a renewable five-year membership. It will also end the automatic disclosures of minor criminal offences committed as a young person, with decisions to be taken on a case by case basis.

To simplify the disclosure system, the number of different checks available will be cut from ten to four.

This publication is not to be used until 2 September 2019

This is non-statutory guidance from the Department for Education.

It outlines how schools can ensure their pupils understand how to stay safe and behave online as part of existing curriculum requirements. It complements existing and forthcoming subjects including Relationships Education, Relationships and Sex Education, Health Education, Citizenship and Computing. It does not imply additional content or teaching requirements.

This guidance is for school leaders, school staff and governing bodies. It applies to all local authority maintained schools, academies and free schools.

1. A toddler murdered by his father was deemed by carers as "unlikely to suffer harm", while concerns about the welfare of another child who was later killed were dismissed, reviews have found.

Dylan Tiffin-Brown, two, and Evelyn-Rose Muggleton, one, were victims of separate murders in Northamptonshire.

Raphael Kennedy, Dylan's father, and Ryan Coleman, partner of Evelyn-Rose's mother, were both jailed for life.

2. In 2018, the Forced Marriage Unit (FMU) gave advice or support related to a possible forced marriage in 1,764 cases. These figures include contact that has been made to the FMU in relation to a new case through the public helpline or by email and include general enquires.

Since 2012, the FMU has provided support to between approximately 1,200 and approximately 1,400 cases per year. The number of cases in 2018 represents a 47 per cent increase compared with 2017 and is the highest number since these statistics were first in the current format in 2011. This does not necessarily represent an increase in the prevalence of forced marriage in the UK.

3. Concerns under-fives are becoming addicted to social media and the impact of cyberbullying are highlighted in a new report published by Barnardo’s.

‘Left to their Own Devices’, which assesses the impact of social media on children’s mental health makes for disturbing reading, while also recognising the many positives the online world can offer.

The children’s charity surveyed some of its children’s services practitioners to build a picture of how the vulnerable children and young people it supports are affected by social media.

Their insights indicate some children start looking at social media as early as two-years-old. Half of service practitioners responding said they had worked with children aged five to 10 who had been exposed to unsuitable or harmful materials online, and more than one third said children in that age group had been victims of cyberbullying.

When it comes to 11-15 year olds, almost 8 in 10 (79%) practitioners said children they work with have experienced cyberbullying and 58% in the 16+ age group which has led to self-harm and suicide attempts.

4. The Independent Inquiry into Child Sexual Abuse has published a case study on the Archdiocese of Birmingham. The report found more than 130 allegations of child sexual abuse have been made against 78 individuals associated with the Archdiocese since the 1930s. The true scale of offending is likely to be far higher.

The report examines the church’s response to child sexual abuse by investigating the cases of four priests; James Robinson, Samuel Penney, John Tolkien and an anonymous priest ciphered as RC-F167.

It also considers whether the Nolan and Cumberlege reports, produced in 2001 and 2007 respectively, succeeded in bringing about major reforms.

During six days of public hearings in 2018, the Inquiry heard how Robinson, a serial child abuser, was simply moved to another parish after complaints were first made in the 1980s. The police were not informed and there was no internal investigation.

In 1985, he fled to the US after being confronted by a victim who recorded their conversation. However, he continued to receive financial support from the Archdiocese for seven years.

This news story is also available in British Sign Language

2. The Home Secretary has pledged a further £300,000 towards the development of cutting-edge technology that disrupts the live streaming of child exploitation and abuse.

It came after he attended a roundtable with private technology firms who showcased a series of new technological innovations designed to tackle the growing online problem.

The new innovations were developed as part of a fund set up by the Home Office’s Joint Security and Resilience Centre (JSaRC) – a unit that works with industry to respond to emerging security challenges.

Among the homes visited:

·   it could be difficult for residents to access dental care

A cross-sector approach including:

·  repeating and reinforcing the guidance

·  a multi-agency group to raise awareness

1. An ex-youth football coach has been sentenced to 24 years and 3 months imprisonment today at Winchester Crown Court  for the abuse of boys.  He carried out a 20 year campaign of sexual abuse while working at two major English football clubs

Bob Higgins, 66, abused youngsters who crossed his path while he was coaching at Southampton Football Club and Peterborough United between 1971 and 1996.

He was famous for spotting and nurturing a number of talented players who went on to achieve significant success in the game, both nationally and internationally.

Claire Booth of the Crown Prosecution Service, said: “Many young boys dream of becoming a footballer and training for a prestigious team. Bob Higgins preyed on and abused young boys – some of who adored him – and in doing so tainted and shattered the dreams of many.

2. A couple have been convicted of causing the death of a toddler after they lied to cover up the true cause of his injuries.

Kile Campbell, from Huddersfield, was found guilty at Leeds Crown Court on 13 June 2019 of murdering three-year-old Riley Siswick and was sentenced to serve 20 years in prison.

Riley’s mother, Kayleigh Siswick, was found guilty of causing or allowing the death of a child and was sentenced to serve seven years in prison.

Paramedics were called to the home on the morning of Saturday, 6 February 2016 to find the toddler lifeless. It was clear that he had been dead for a number of hours.

3. A father and son who ran a scrap metal business have been jailed for a total of 21 years for repeatedly assaulting a vulnerable man being forced to work for them.

Anthony Baker, 49, ran the scrap business in Jersey Marine along with his son Harvey Baker, 19, where the victim was living and forced to work without any payment.

Following complaints from the public, police attended the yard in January 2019 and found the victim working. He had extensive bruising and could not speak clearly due to his facial injuries which included a broken jaw.

He later told police that he would work all day and received no payment other than tinned food. He explained that he would be beaten “every day” sometimes with a scaffolding bar.

4. A child abuser described as 'vile, evil and utterly remorseless' has been jailed for 21 years for raping and sexually assaulting girls.

The 57-year-old former law lecturer, once of Lowestoft, was found guilty of two counts of rape and nine other offences, including indecent assault, causing unnecessary suffering and assault by penetration on girls under 13 between 2001 and 2010.

Myerscough was convicted of possessing indecent images of children in 2010 - and in 2015, when he vanished from court while jurors considered a verdict.

He was detained in Dublin but later released on appeal and fled to Romania, where he was arrested for child abuse charges and brought back by Suffolk police.

Myerscough was sentenced to 21 years' custody with an extended five-year licence period. He must serve at least 14 behind bars.

The Charity Commission has published a critical report on Oxfam GB, finding that aspects of the charity’s past record on safeguarding amount to mismanagement, and takes regulatory action.

Charities are being warned that no charity is more important than the people it serves or the mission it pursues, and that all are judged on their actions, not their words.

It comes as the regulator publishes a critical report on Oxfam GB, and finds that the charity repeatedly fell below standards expected, had a culture of tolerating poor behaviour, and concludes that it failed to meet promises made on safeguarding, ultimately letting everyone down.

The inquiry finds the charity failed to heed warnings, including from its own staff, that its culture and response around keeping people safe was inadequate, and made commitments to safeguarding that were not matched by its actions.

The report, which takes into account over 7,000 items of evidence, examines the charity’s handling of events in Haiti, and separately its more recent record on protecting people, including its beneficiaries, volunteers and staff, from harm.

It concludes that some of the charity’s failings and shortcomings amount to mismanagement, and the Commission has used its powers to issue Oxfam GB with an Official Warning, and Directions under Section 84 of the Charities Act 2011. 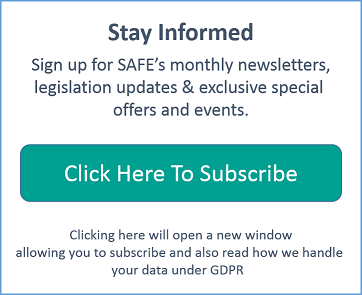